We are a small rural parish, often known as Ashworth Chapel on the outskirts of Norden near Rochdale. Our services are held every Sunday at 3.00pm and are mainly from the Book of Common Prayer. We hold family services regularly throughout the year to celebrate events such as Easter, Christmas and Harvest and these services are based on the Common Worship.

St James is a small rural parish, despite it’s proximity to Rochdale town centre. The church is an ancient foundation dating from 1514 with the present, well maintained building dating from 1789. We warmly welcome any new visitors and are always pleased to see new faces or old friends.

The church enjoys excellent support from the small population within the parish; the local farmers give generously of their time and materials to help with the maintenance and building work. We also get a lot of support from families whose forbears have worshiped at St James; visitors from all over the world come to  look at our registers.

The church is usually packed at Christmas, Easter and Harvest festivals. In between times a faithful congregation maintains the building and its witness. Many members come from outside the parish, often to hear the liturgy according to the Book of Common Prayer. At family services however the Book of Common Worship is used.

St James Ashworth and two neighbouring dwellings crown a hilltop 3 miles from Rochdale and Bury, and 1 mile from Heywood. St James is popularly known as Ashworth Chapel and the Egerton Arms, a former brewery and pub, now a private house, is known as “t’chapel house”.

The parish consists of 1000 acres of farmland bounded by 2 steeply sided brooks, the Cheesden and the Naden. Through the middle of the parish Ashworth Road climbs from 400 ft at Simpson Clough to 1000ft at Ashworth reservoir.

The church is known to have been in existence since 1514, having been built during the reign of Henry VIII by the Holt family as a chapel of ease in the parish of Middleton; hence the persistence of the name  “Ashworth Chapel”.  Thomas Holt, who built the chapel for the use of his tenants, officiated there as priest.

During the Civil War, 1642—1646, the Holts were Royalists and the estate was sequestered in 1643 and only recovered in 1646 on payment of £551.  During this time a Presbyterian minister, Henry Pendlebury, was foisted on the congregation, but was not supported by the inhabitants and, with no maintenance, had to leave.

In 1650 the church commissioners declared that Ashworth Chapel was fit to be declared a parish church in the Parish of Middleton. The Holt family had always allowed £4/year for the chapel, and this was later increased to £20 and £30 by a grant from the Middleton Rectory.

In 1671 Richard Whitehead created a rent charge of £6/ year on a house called Wallbank in Whitworth, half for Ashworth Chapel and half for Heywood Chapel. The estate was then mortgaged to Sir Ralph Asheton and then sold to Samuel Hallowes in 1700 for £3960. In 1737 an endowment fund from Samuel Hallowes and from the governors of Queen Anne’s Bounty and from others of £600 produced £30/year. By 1751 The Chapel produced £30 from land and £20 from pew rents. In that year Thomas Ferrand bought the Ashworth estate with borrowed money.  Later he borrowed money from the curate and wouldn’t pay his pew rent.

In 1768 he had to sell the estate to Samuel Egerton of Tatton and it remained in his family until 1942. The church, with the exception of the chancel, was enlarged and rebuilt in 1789.

There is no specific information in our sources how this was financed but there are extensive references throughout the period 1671-1789 of collections, tithes, rents   and donations from “benefactors” keeping the church going.

On the death of Rev Joseph Selkirk in 1832, the patron of the living, William Egerton Esq, appointed The Rev D Rathbone as incumbent. [By an act of Parliament in 1865, the holder of the living at Ashworth was designated a Vicar, and Ashworth became a parish in its own right in 1867] 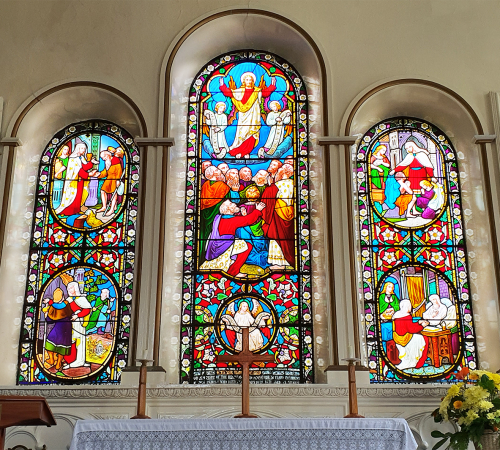 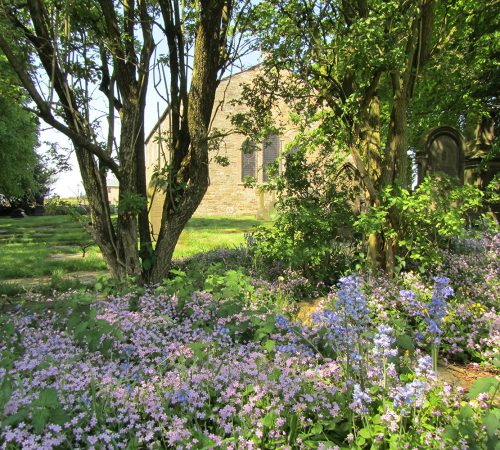